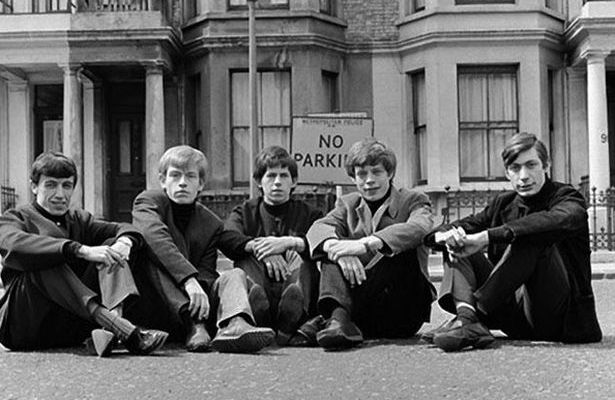 May 4, 1963 marks the day of the Stones’ first official photo shoot, which took place at Chelsea district, London, by celebrity photographer Philip Townsend. Five bad boys in the making, some still sporting adolescent pimples, they slouched in ratty sweaters, rumpled jackets and ill-fitting trousers, looking like students stumbling through a three-day bender after getting expelled. “Word got out that the results of the session were disgusting,” Andrew Loog Oldham, the Stones’ manager, later said. And he could barely contain his glee. That just-got-out-of-bed, to-hell-with-you look, Andrew added (he used considerably saltier language) “would define them and divine them.” Townsend had met Oldham by chance in Monte Carlo just before Andrew began managing the band. According to Townsend, “He told me ‘I’m going to back to England, I’m going to find a rock and roll band and I’m going to turn them into the greatest rock and roll band in the world.
“We asked what they were called. He said: ‘I don’t know yet, I haven’t found them. But when I go back to England I’m going to find them – and you can photograph them if you like.’”
On the day of the shoot, Townsend drove the five Stones around London in his four-seat Ford Capri Mark I to be photographed at various locations.
Shown below is the very first photograph taken on that day, in the middle of Ifield Road, with a No Parking sign looming behind them, and more from that session.