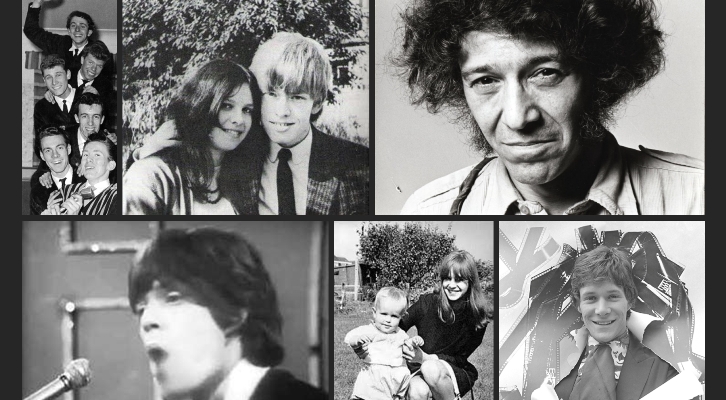 On this day... - Chronology

Jan. 1961: Bill Wyman makes his first public appearance, with the Cliftons. Later on, in August that year, while catching a performance by the Barron Knights, Bill decided he wanted to play the bass guitar and promptly purchased one, but the band suffered setbacks during the autumn of 1962. Tony Chapman, who was the Cliftons’ drummer, told Bill about an unknown rhythm and blues combo named The Rollin’ Stones, which was auditioning bass players. The rest is history.
Bill: “We put together this band called the Cliftons, just four or five local people, and that was my first gig, a little dance hall in Penge, the Starlight Ballroom. We were just a five piece, a drummer, three guitars and a singer and we all plugged into one little amp, with four inputs and an echo chamber…That’s how amateur it was. The Cliftons were playing the popular R&B stuff, Lloyd Price’s Stack-O-Lee, Chuck Berry, Fats Domino… We got quite serious and did well in South London, out into Essex, Croydon, but we used to work for villains, so you’d end up never getting paid. Then it started to fall apart a bit.”

Jan. 1962: Brian Jones forms a blues group with singer Paul Jones (born Paul Bond, later of Manfred Mann) After naming themselves The Roosters, Paul (as “P.P. Jones”) starts performing duets with Elmo Lewis (Brian) at the Ealing Club, home of Alexis Korner’s Blues Incorporated, whose singers included Mick Jagger. Later on Paul is asked by Brian to be the lead singer of a group he was trying to form, but he turns the offer down.

Jan. 1963: Brian starts dating Linda Lawrence, with whom he later had a son, Julian, in July 1964 (later adopted by singer Donovan when he married Linda)

Jan. 1, 1964: First broadcast of the BBC TV show Top Of The Pops, transmitted from an old church hall in Manchester, England, with acts miming to their latest releases including the Stones doing ‘I Wanna Be Your Man’, The Dave Clark Five, The Hollies and The Swinging Blue Jeans.

Support ROLLING STONES DATA! Your donation helps to do what I do and keep updating the page daily. Thanks in advance!