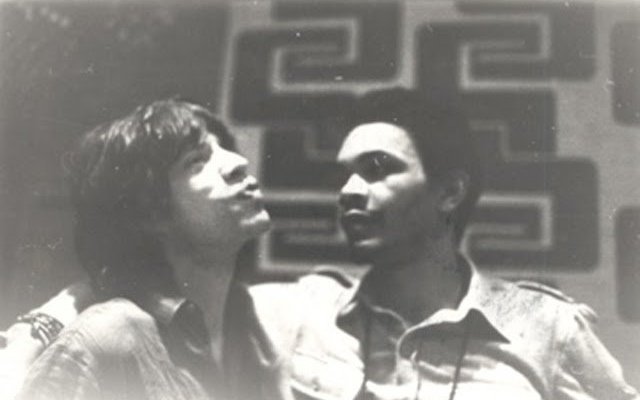 American blues harpist (born born James Joshua “Jimmie” Whitin) Following advice from bluesman Memphis Slim, Blue traveled in the late to Paris, France where, according to Ronnie Wood, he was found by Mick Jagger busking on the metro (subway). “He told me, ‘Well, son, if I were you, and you were my age, I’d sit on my laurels and just stay here (in Paris), make little gigs and do sessions, but since you are a young man and still have a lot to learn, I would suggest that you go and hang out with people like Big Walter and Junior Wells and James Cotton. They’re not going to be around forever, and you will learn more from listening to them than you will ever understand from a record.’. Sugar Blue performed on both the SOME GIRLS sessions (Miss You, Some Girls and Everything Is Turning To Gold) as well as on EMOTIONAL RESCUE (Send It to Me, Down in the Hole) He later recorded his own version of Miss You in his BLUE BLAZES album, released in 1994.